3Q4 and a Poem by Edgar Kunz

Poet and Sewanee Review contributor Edgar Kunz's debut collection, Tap Out, publishes on March 5, 2019. Managing editor Eric Smith spoke to Kunz about his poem "Farmsitting," rituals, and the clarity of estrangement. Don't miss a reading by Kunz and Anders Carlson-Wee at Sewanee: the University of the South on March 12, 2019.

Most days the same

of the 5am kitchen. Two scoops of feed

in a plastic bucket. A small bowl

of yogurt and an hour stacking

what the ice brought down overnight.

I was happy. I slept in their bed,

I read the mysteries on their shelves.

someone hot on the trail.

I walked in borrowed boots

across the frozen pasture and back

the feed, the spigot, the horse dragging

its bulk against the stall.

I’d walk out nights and stand

on the same trampled spot in the yard

and listen to the cold stirring

in the cheatgrass. Dull glow of a town

on the horizon. Hiss of snow.

I’d lie in their bed under three heavy

about the horse and the dwindling

supplies. It was a life and it was not

mine. To sleep, I imagined the great

in the hills. To sleep, I counted

the measures ticked out

in the porcelain tub, slow drip

to keep the pipes from freezing. 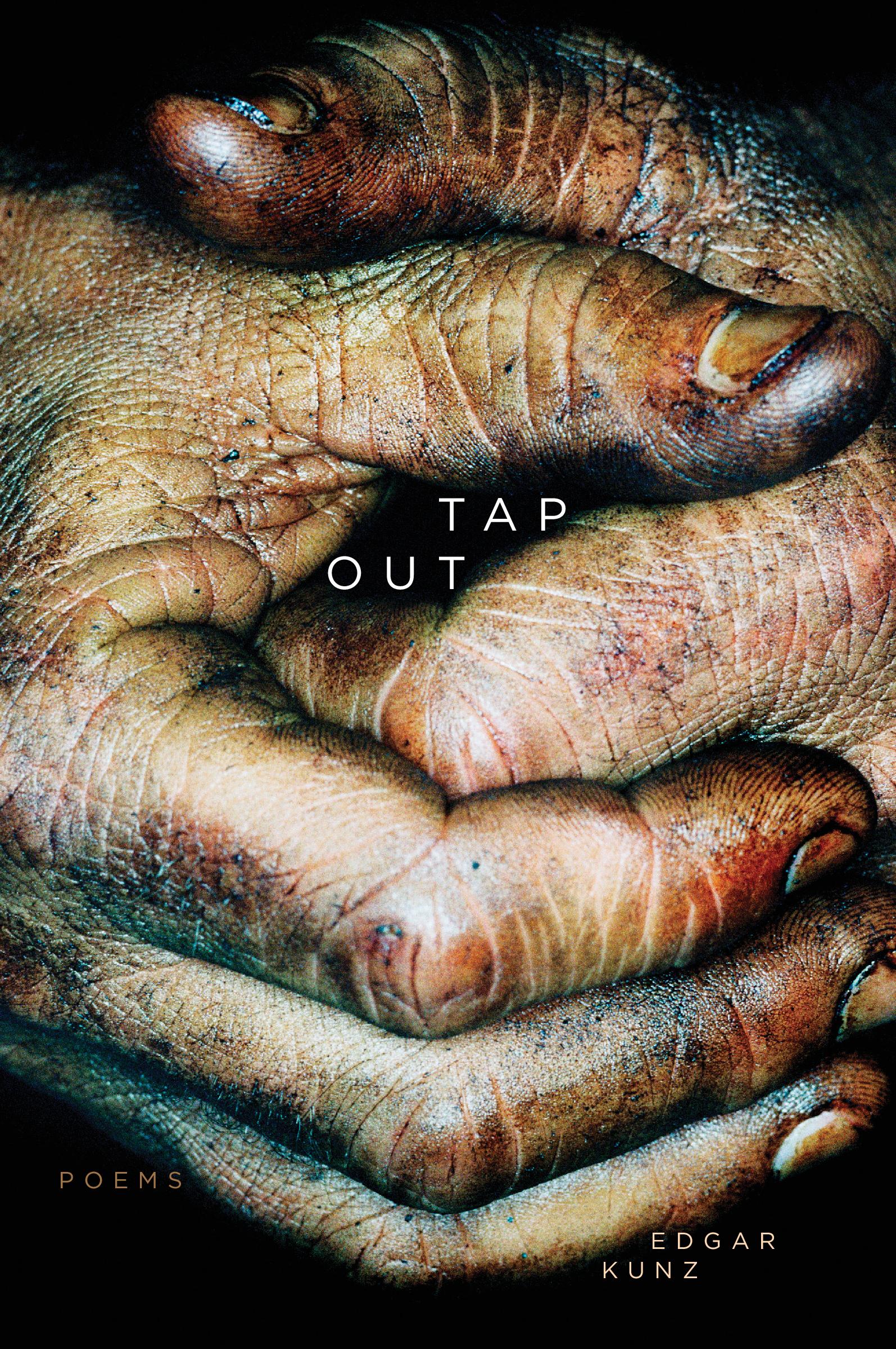 SR: “Farmsitting” ritualizes the ordinary, and maybe makes it reverent: “Two scoops of feed / in a plastic bucket. A small bowl / of yogurt and an hour stacking / what the ice brought down overnight.” What is your relationship to ritual? Are there any you hold to, in your writing or otherwise?

EK: I am ruled by my rituals! On a writing day, there are only two paths. In scenario one, I wake up, get dressed, and walk in the direction of a coffee shop. Hopefully something gets jostled loose on the way over—usually an image or a structural idea—and I sit down and write until I feel sick from too much coffee and not enough food. Then I go home, make lunch, and revise. In the other scenario, I stay home and break up my writing time with chores and projects. I get antsy. After I’ve gotten something going on the page, I’ll go for a run, learn a song on the guitar, bake bread, buy a mantle from a renovation job up the street and install it in my living room. (My sweetheart and I just bought a 100+ year old house in Baltimore and I’m teaching myself how to fix it up.) My main strategy for working through a problem in a poem is to get lost in a physical task. The brain keeps humming in the background.

SR: “I walked in borrowed boots” your speaker says, “across the frozen pasture and back / each morning.” While this is a life, it’s one made on loan. He tends to it only temporarily: “It was a life and it was not // mine.” To what—or to whom—do you owe this poem?

EK: Housesitting allows you to slip partway into another life. It makes an interloper out of you. It’s this estrangement from your own existence, your own routines and obsessions, that I find so interesting—and appealing. It’s one of the same pleasures I get from reading literature (novels especially, but often poems, too): I’m simultaneously transported into another’s experience and commanded to see my own life more clearly. Clarity through estrangement—something like that. The distance that allows the lens to focus. I guess I owe this poem to the desire to have more than one life, to try on someone else’s and see how it fits. Which is impossible, but maybe housesitting and literature are the closest we ever get to it.

SR: The farm’s owners are present in “Farmsitting,” but only in what of them has been left behind. Tap Out as a whole is riven with similar absences. What do you hope to reveal by walking the perimeter of such lives—and these lacunae—in your work?

EK: The book is all about departure: the addict father who’s utterly undependable, there then not; the birth mother who leaves early in the marriage; the speaker whose main survival mechanism is to run, and whose life is defined by a series of escapes. To tap out is to quit, to leave a bad situation. You tap out before you get seriously hurt, maybe irreparably. To be tapped out is to have no more money, or energy, or time. And “tap out” can be a taunt–or a plea.

Deciding to leave home for good was a harrowing experience. It was right when my father, an alcoholic, was swinging wildly between violence and depression, and my brothers were still very young. Though it profoundly shaped who I am in a hundred ways—mostly, I think, for the better—there’s a part of me that will always regret running. The poems are an attempt to reckon with that choice.

Past the portrait of Robert E. Lee I walked
into the snow bright circle of center stage. Half my face
caught in the blazing light and the other lost
in my shadow growing against the wall, looking back
on Belle Meade Plantation . . .

In which Elena Passarello gives Aesop a run for his money.

The Sewanee Review has received word that longtime contributor Earl H. Rovit passed away on April 16 at the age of ninety. Rovit was a contributor of essays and criticism to the Sewanee Review for over forty years. A leading literary scholar of the writing of Ernest Hemingway, Ralph Ellison, Saul Bellow and William Faulkner, Rovit was one of the first in the early 1960s to discern and explore what became known as the Jewish American literary tradition, including writers such as Bellow, Bernard Malamud, Norman Mailer and Philip Roth.