We spoke to Esmé Weijun Wang—a 2018 Whiting Award-winner and author of the novel The Border of Paradise—about the narrative nature of readers' responses to her essay from our Winter 2019 issue, “Yale Will Not Save You.” We also discussed her forthcoming essay collection, The Collected Schizophrenias, which focuses on her own experiences with mental illness. The Collected Schizophrenias is available next Tuesday, February 5, from Graywolf Press. 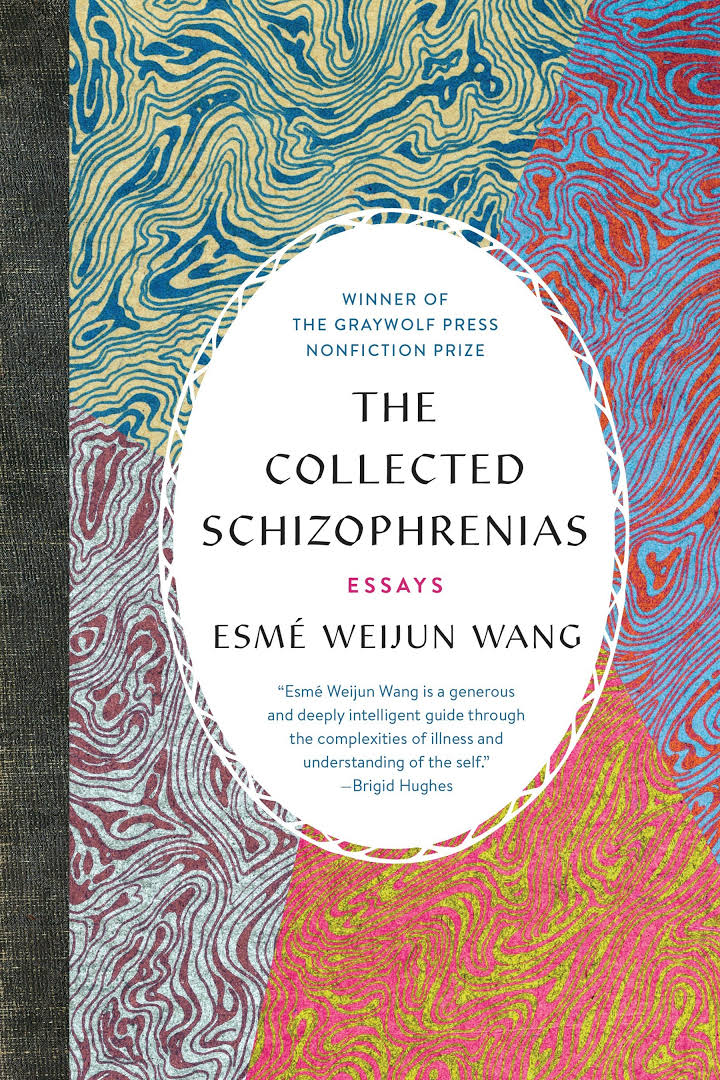 SR: We were unprepared for the response to “Yale Will Not Save You,” which was published in our Winter issue. Many people identified with your story of leaving college because of mental illness; some admitted it changed their perspective on mental illness, and others were even moved to share their own, similar stories. How do you approach that outpouring of personal narrative? Is it overwhelming, inspiring, or something else entirely?

Wang: I love that people are touched by the work. It's such an honor, really. I think that there was once a time when I was more able to interact with people who shared their stories. Before I developed late-stage Lyme, for example, I'd even Skype with students who read my blog posts about having to leave Yale; but at this time, and for the foreseeable future, I just don't have the emotional and physical resources for it, and so I'm allowing these conversations to happen away from me.

SR: The essay is from your forthcoming book of nonfiction, The Collected Schizophrenias. Did you hope, as you wrote the book, to impact the national conversation surrounding mental health in higher education, or is that a natural consequence of telling your story?

Wang: I did hope to open conversations with the book. It's a book that naturally asks a lot of questions—about involuntary hospitalization; about whether mental illness is a part of us or an addition to us, to be eliminated or quieted as much as possible; about spirituality and illness; about how higher education institutions treat their students who are dealing with mental health issues. I tend to not offer answers because I want to present information and queries and ask, "So what do you think?"

SR: “Yale Will Not Save You” deals with a loss of personal autonomy, as do other essays in the book like “On the Ward,” which focuses on the experience of being admitted against your will. Was writing The Collected Schizophrenias a means of taking back that control in some way, of claiming the power of the storyteller?

Wang: In short: yes. In this book, I'm telling the story of a lot of traumatizing things that caused me to feel as though I had no control over my life or my own mind.

Some of the high points of the book are, for me, reflecting upon how much my family has been there for me at various painful times in my life. It's a love song to my husband in certain ways, because he's been with me for such a long time, and because he's seen me through many of the worst times in my life—and I've survived in large part because of him.

Back when I started, the poet Michael S. Harper told me, “Youngblood, you’re gonna get it from both sides,” meaning I'd be criticized for being “ethnic” by the white literary establishment (I was, especially for having published a long poem on the Japanese American internment) and for being “literary” and having “white values” by movement-oriented cadres, and I was. I think I still am. And, as Vito Corleone says, “I don't apologize.”

We turned down a busy avenue, and I quickened my pace, afraid I might lose him, jammed, as the city was, with purposeful pedestrians. It’s hard to express how startling I found this. In my hometown, no one walked. Sidewalks were rare, and any place you’d want to go was miles away from any other. Navigating the crowd felt like swimming in the ocean, something I’d done only once and found terrifying.