“A Faithful But Melancholy Account of Several Barbarities Lately Committed,” the title story of Jason Brown’s forthcoming book as well as the sole piece of fiction in the Sewanee Review’s Spring 2019 issue, narrates a chaotic gathering of a once-prominent New England family. We spoke to its author about the narrative role of humor, the burden of inheritance, and the experience of submitting to literary journals through Submittable, our choice of online submission platform. 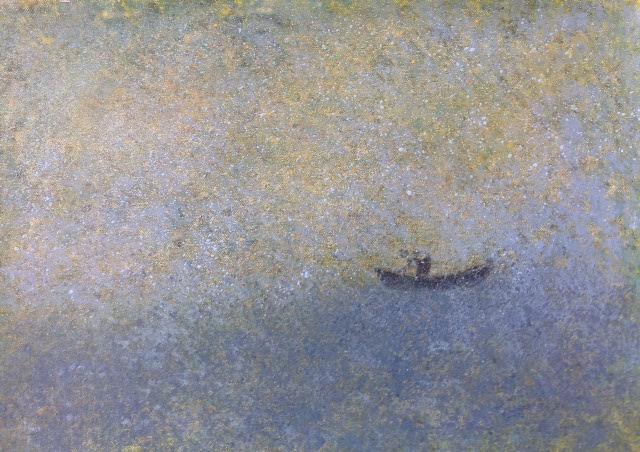 SR: Your story “A Faithful But Melancholy Account of Several Barbarities Lately Committed” is funny, but it’s also haunted by a (millennial) paralysis; John Howland, the narrator, feels both overwhelmed and emboldened by the prospect of inheriting his ancestor’s home and land. For you, humor is clearly a purposeful tool of relieving these tensions, but we wonder: are readers meant to laugh at John, with John, or at themselves through John?

Brown: Without humor, the reader couldn’t possibly endure listening to John go on about his imaginary problems. John experiences his troubles as a major crisis of tragic proportions. Ideally, the humor allows the reader to feel certain that the story itself is making fun of John for his narcissism. At the same time, however, John’s crisis bears some weight—like some of the characters in John Cheever’s world, John is still deeply attached to the same white Anglo–Saxon patriarchal world that tortures him. While the narrative invites us to laugh at his neurotic relationship to the world of his childhood, we are also meant to consider the subtext of his struggle—his inability to assume the mantle of privilege his grandfather wants to pass to him. Can he transform and, as Melissa says at the end of the story, learn to live like everyone else? This seems like an important question for John, for those like him, and possibly for America in the context of the rest of the world.

SR: John isn’t as well-adjusted to the world of the story as other characters, in particular the women. He hopes that his almost-fiancé, Melissa, gazes “at the distant ocean with . . . an Austenian longing for a life partner.” How do the other stories in your forthcoming collection, A Faithful But Melancholy Account of Several Barbarities Lately Committed, negotiate vulnerable (and potentially embarrassing) desires like this one?

Brown: John features as the main character in five of the ten stories. The other five, three of which are told from the point of view of women, focus on other members of the Howland family. In chronicling the decline of a New England puritanical family that once, quite literally, thought of itself as the center of the cosmos, the book brings particular focus to the hyperbolic absurdity of the ways in which the men in the family long for a return to their former status. These moments are embarrassing, and we are meant to laugh at the characters. At the same time, we are meant to root for their impulses toward transformation. For some of the characters, like the grandfather, it is too late. But for John, there is some hope (to borrow the title from Edward St. Aubyn’s novel) that he can reorient himself to the world.

At key moments we see how John’s resentment toward Melissa (for not adoring him enough) and toward his sister, Bridget (for her power and success), reveals his aggrieved pettiness. Sometimes his statements are so absurd (the fantasy you mentioned about Melissa’s Austenian longing, for example) that the story is clearly making fun of him. There is a danger here of imitative fallacy—a story about a self-centered character that focuses too much on the self-centered character. The idea, though, is that we see enough of Melissa to know what the reader and John are missing, because he can’t see beyond what he projects onto her. The character of John’s sister, Bridget, is a different matter. Bridget feels more comfortable with the authority and power that her male relatives lack—a fact that clearly troubles them.

SR: This story came to us through Submittable. How would you describe your account of working on the novel in stories and submitting those stories for publication?

Brown: I love the short story above all other forms, and I have been sending out stories for many years. I know a few editors who have remained at journals over time, but there is so much turnover in the world of literary journals that I don’t have a lot of contacts I can send to directly. So I use Submittable, which is exactly what people do who are sending out their first story. I love literary magazines and journals. I love the variety, the diversity, and the doors that have opened because of technology. To me, literary journals are the grass roots of publishing, and the Submittable system has helped make the life of literary journals more viable. You have to pay three dollars to submit, but I spent more than that in the old days when I had to carry a mountain of envelopes to the post office.

Though I have just finished my first novel, I am primarily a short story writer, and A Faithful But Melancholy Account of Several Barbarities Lately Committed is my third book of short stories. Every time I sit down to write a story it feels as if I am doing it for the first time, and when I send the story to an editor I still feel that buzz of anxiety and hopefulness.

As we wade into summer, our staff came together to share some reads to accompany you wherever you are, whether you’re staying put or gingerly taking advantage of slackening travel restrictions.

This was my last idle summer. The next, as soon as the term was over, Simon was sent up to work as a bell-hop in a resort hotel in Michigan and I went to the Coblins’ on the North Side to help Coblin with his newspaper route. I had to move there, for the papers came into the shed at four in the morning and we lived better than half an hour away on the street-car. But it wasn’t exactly as though I were passing into strange hands, for Anna Coblin was my mother’s cousin and I was accordingly treated as a relative.

Morality, justice, we have far too little of those, far too much of the kind of toxic fantasizing that kills people, destroys families, ruins communities. When the spell breaks, the trance shatters—when at last we realize we’ve been sold a bill of goods—there’s gonna be hell to pay.