Can Spring Be Far Behind?

Sometimes the snow that was forecast to be a dusting unexpectedly becomes a blizzard. We didn’t plan for the Winter 2021 issue of the Review to clock in at 237 pages, one of the longest in our history. It just happened to fall that way. 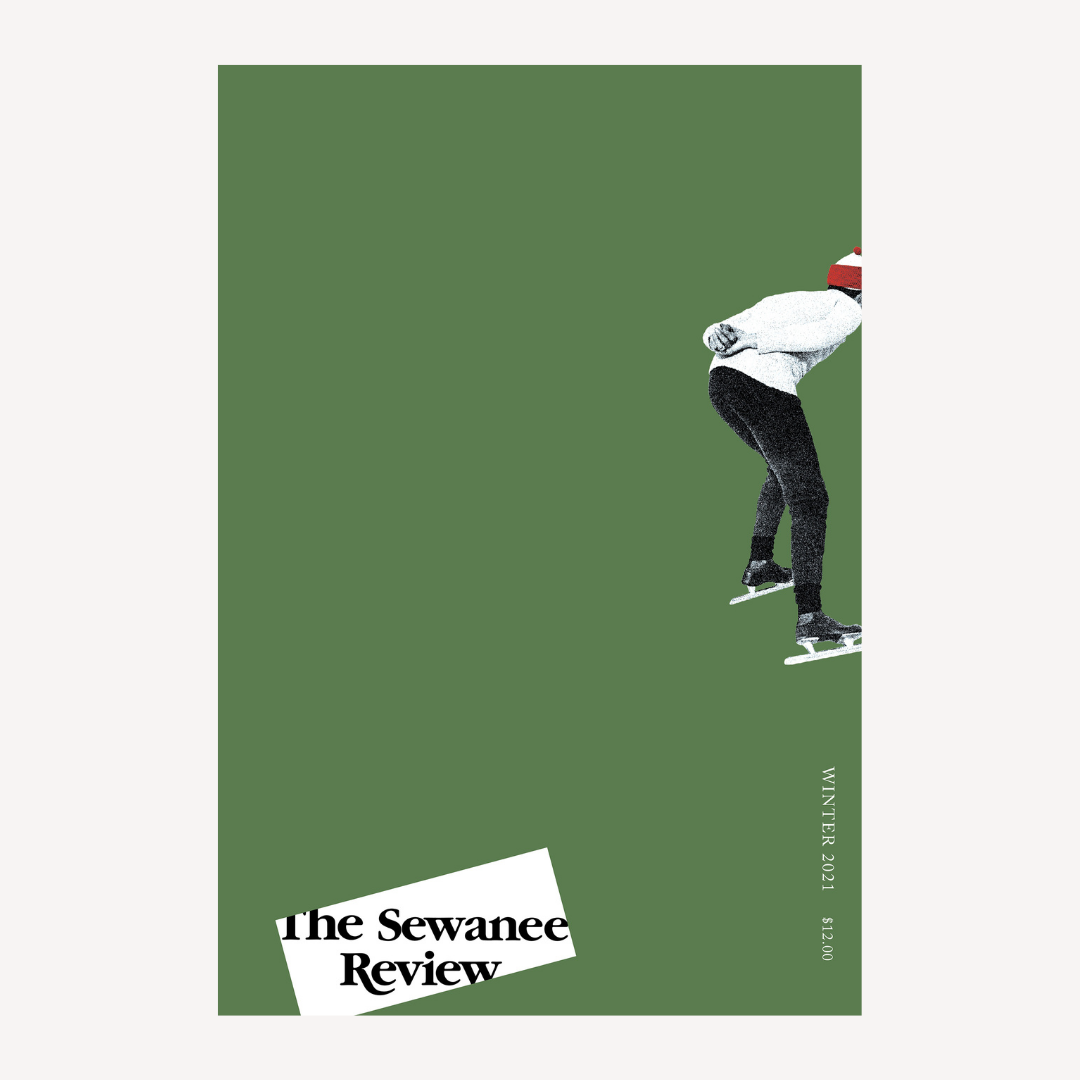 Of course, we couldn’t pass up the chance to publish a story the length of Allan Gurganus’s “Unassisted Human Flight,” which has one of the most astonishing endings I’ve read in years. How could we not also make room for Michael Robbins’s poem “The Seasons”—it’s the first time he’s appeared in our pages—in anticipation of  the new direction he has been charting with poems that will appear in Walkman later this year. We were all floored by Brandon Taylor’s story “Honorarium” when it arrived in the Submittable queue—it’s also his debut in SR—which is as emotionally taut as his Booker Prize shortlisted novel, Real Life.

It’s been our tradition to publish the lecture given in honor of our annual winner of the Aiken Taylor Award in Modern American Poetry, and in this issue you’ll find Ross Gay’s essay “Be Camera, Black-Eyed Aperture” on the work of 2020 honoree Nikky Finney. The essay accompanies her long poem “Linea nigra,” from her most recent collection Love Child’s Hotbed of Occasional Poetry: Poems and Artifacts. Also new to the Review’s pages are Kara Olson, Becky Shirley, and Margot Parmenter, respective winners of this year’s Poetry, Fiction, and Nonfiction contest. Thanks again to our judges, Donika Kelly, Garth Greenwell, and Melissa Febos, whose reflections on the winning pieces you can read here. Laura van den Berg, who—along with her husband, the writer Paul Yoon—contributed to our Corona Correspondences earlier this year, closes out the issue with a craft essay that anyone following her writing career—or her training regimen on Instagram—has been dying to read: “The Uses of Fear: Notes on Boxing & Novels.”

Maybe the biggest surprise as we were putting together the issue while locked down and working from home was receiving a letter from Mary Ruefle, along with a new essay entitled “Dear Friends.” Her note to me read: “Hello Adam: Don’t know if you’re in the office these days . . . but whenever you are, take a look, it’s kinda long, are you interested?”

We are grateful for the contributions of Merritt Moseley, who has been writing on the Booker Prize since 1993; we are thrilled that Tara K. Menon, winner of our 2020 Robert B. Heilman award for her essay on Sigrid Nunez, has taken the reins from him with this annual longform survey of the shortlist. Finally, Justin Taylor reviews Don DeLillo’s The Silence, which like so much of that writer’s work seems more dead-on prophetic in its limning of our loneliness and solipsism with the passing of each pandemic day.

Many are predicting a long, dark winter. We hope this issue keeps you company as the season gives on to spring.

When we say a poem aloud, we recreate it with our bodies; it becomes part of us. And our bodies are sustained, both physically and otherwise, by living systems and landscapes. That many of those living systems are under deep threat—from climate crisis, development, overuse and underappreciation—makes it all the more important to let place into creative work, to acknowledge both a source and a debt.

Al, Off the Grid

The security camera outside Morrison’s Party Rentals is lonely. Its job is to document its own solitude. Or its job is to enforce its own solitude, the record of which becomes a movie that almost no one watches. The movie’s star is the beer can that cartwheels across the sidewalk in a gust of wind, or the frantic shadow of the hornet building its nest in the lee of the soffit.

And yes,
this too was history. Is history. Our ability
to take a moment here to quibble over verb tenses
is a consequence swollen fat as a paperback
some thoughtless person left out in the rain

of history. The melodramatic line breaks
in this poem are history.