The Sewanee Review is pleased to announce that the winner of the 2019 Aiken Taylor Award for Modern American Poetry is Carl Phillips. Phillips has authored fourteen books of poetry, including Wild is the Wind (2018) and Reconnaissance (2015), as well as two books of criticism: The Art of Daring: Risk, Restlessness, Imagination (2014)and Coin of the Realm: Essays on the Life and Art of Poetry (2004). He has received numerous literary honors, including the Kingsley Tufts Poetry Award, the Los Angeles Times Book Prize, and was a finalist for the National Book Award. 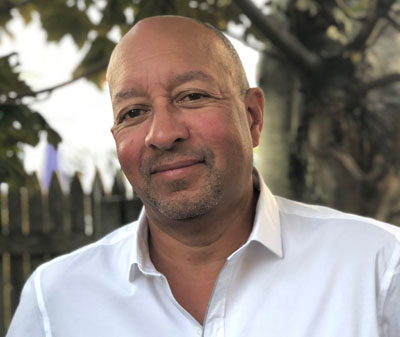 The thirty-third Aiken Taylor celebration will take place on February 26th and 27th. University Vice Chancellor McCardell and Sewanee Review editor Adam Ross will present Phillips with the award at 4:30 p.m. on Wednesday, February 27th in Convocation Hall, after which Phillips will read from his body of work. On Tuesday, February 26th at 4:30 p.m., poet, novelist, and critic Garth Greenwell will lecture on Phillips’s poetry in the McGriff Alumni House. Greenwell is the author of What Belongs to You, and is currently the John & Renee Grisham Writer in Residence at the University of Mississippi.

Phillips’s poems reveal a searching intelligence, and a curiosity about the world at its most elemental. In his poem, “Sky Coming Forward,” from his National Book Award-nominated collection Double Shadow, he asks, “What if, between this one and the one / we hoped for, there’s a third life, taking its own / slow, dreamlike hold, even now—blooming, in spite of us?” Such questions of impermanence suffuse his work, and encourage us to approach the poems (and, perhaps, our own experiences) with the same ineffable wonder. As Garth Greenwell explains, “Phillips has fashioned himself as our great searching poet of ambivalence—ambivalence conceived not (as we sometimes use the word) as signifying vague or unformed feelings, but instead opposing desires held in suspension, exactingly measured and found to be of equal weight.”

A Breath of Fresh Air

I spent a lot of time last year thinking about the death of rock and roll. This is not a new concern, I realize—critics have been hearing the genre’s death rattle for longer than I’ve been alive. But after David Bowie kicked off 2016 with an elegy to himself, after Bob Dylan reluctantly accepted the Nobel Prize for literature, after Springsteen took up residence on Broadway, and Tom Petty suddenly passed, I found myself truly afraid that rock music was headed for the history books.

This Is the Beginning of Writing

I’m at the beginning of another kind of project too, a more personal one, a project of self-definition or self-assertion. It comes down to asking for more than I’ve had in my marriage, wondering if perhaps what I’ve been settling for is enough. Again: my future, and someone else’s, hang in the balance, here at the beginning—or is it somewhere toward the end?

An Anatomy of Melancholy

Mr. T. S. Eliot is one of the most individual of contemporary poets, and at the same time, anomalously, one of the most “traditional.” By individual I mean that he can be, and often is (distressingly, to some), aware in his own way; as when he observes of a woman (in “Rhapsody on a Windy Night”) that the door “opens on her like a grin” and that the corner of her eye “Twists like a crooked pin.”