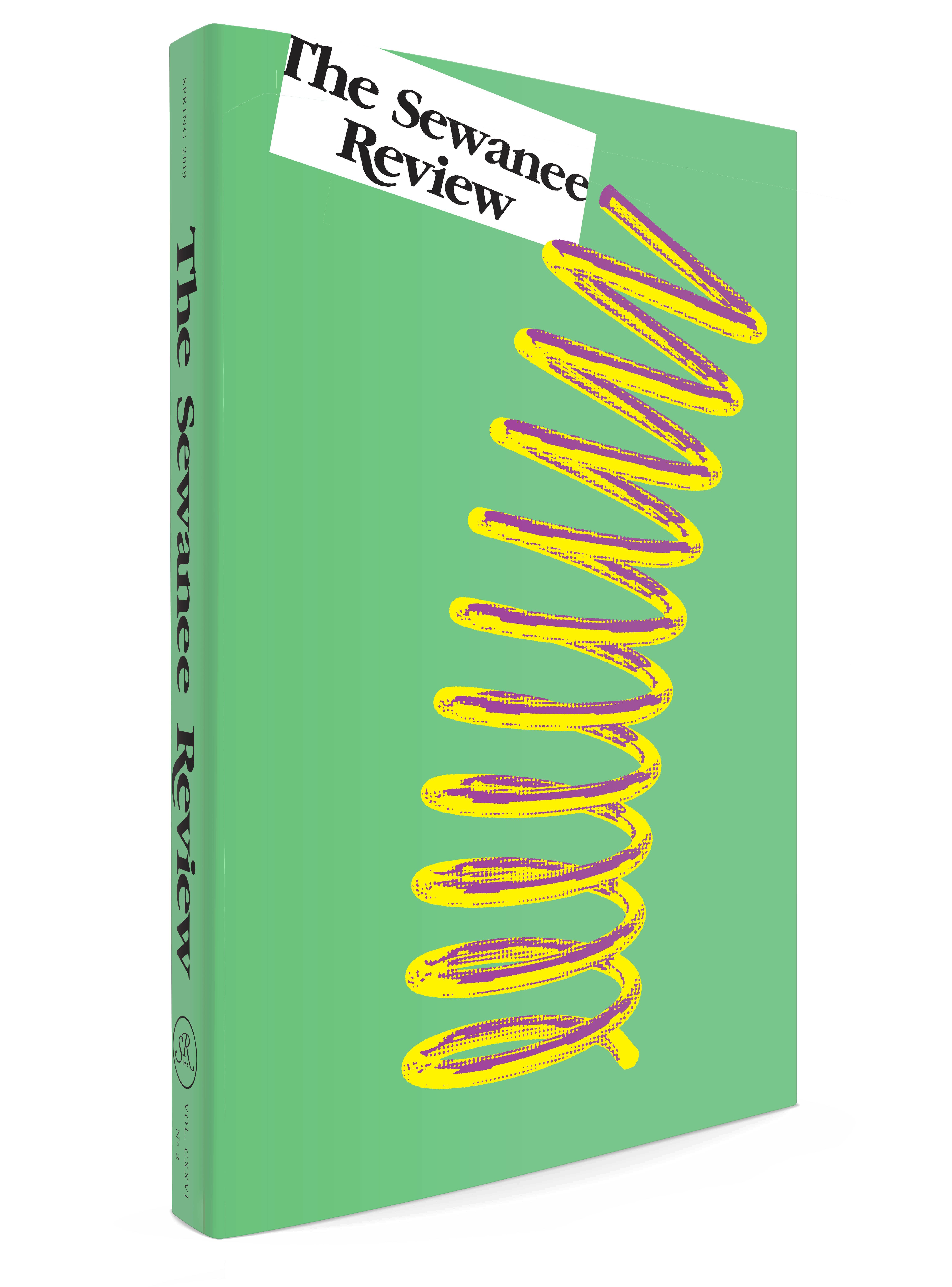 The Spring 2019 issue of the Sewanee Review publishes online on March 18, and the print version will begin arriving in mailboxes later that same week. The issue took shape nearly a year ago. Poet Heather McHugh, our 2018 Aiken Taylor Award winner and honored guest, promised me an essay on “Linnaeus and skepticism. And some other things.” Spend any time with McHugh and you learn to simply say okay, resting assured that your brain is going to be rewired by her brilliance. It’s the first of two craft essays in the issue. I had the pleasure of hearing the second at the 2018 AWP Conference, in Tampa, Florida, given by poet Mary Ruefle, our 2017 Aiken Taylor Award winner, entitled “Hell’s Bells: Notes on Tone.” Her talk had sound effects, bells funeral and festive. It felt a little like being on Broadway, and Ruefle herself seemed fit for the stage. It was on par with her seminal essays from Madness, Rack, and Honey. But don’t take my word for it; take hers:

On the day of the total eclipse of the sun in August 2017, a group of people in Oregon standing under the direct path of the solar event cheered and shouted during the minutes of totality. Cheered and shouted as if it were the stroke of midnight on New Year’s Eve. A group of people in Idaho, witnessing the same event, went dead silent in unison. I take these as two tones in response to the identical subject. The event was the subject, and the response was the tone. What would you have done? To which group do you belong?

The 2019 Aiken Taylor Award winner, the great Carl Phillips, also graces us with two poems; he’s joined by Noah Warren, Jennifer Habel, Fabio Pusterla, Dan Chiasson, and A.E. Stallings. We sent Olena Kalytiak Davis a love note to her home in Alaska; she sent us a cycle of eight new poems, seven of which appear in this issue.

There’s fiction by Jason Brown from his hilarious, upcoming collection, A Faithful but Melancholy Account of Several Barbarities Lately Committed. There are three powerful essays by Melissa Febos, Ben Austen, and John Psaropoulos. Febos writes on her relationship with her mother; Austen on his relationship to memory; both authors’ most recent books, Abandon Me and High-Risers: Cabrini-Green and the Fate of American Public Housing, are must-reads. Psaropoulos’s essay, on the continuing unfolding refugee crisis in Greece, is heartbreaking.

This issue also features two conversations, the first with poet and critic Dan Chiasson, whose company we enjoyed at Sewanee last year. Is there anyone on the planet more casually articulate? The second is with novelist and short story writer Allan Gurganus, that focuses, among other things, on the role of music in his work. I’ve never read an interview like it.

Finally, our assistant editor Spencer Hupp (C’17) enjoys his first publication with a review of three poets: Ann Lauterbach, Edgar Kunz, and A.E. Stallings. Congratulations to him. He just turned 23, by the way. Remember, you read him here first.

We’re not only the nation’s oldest, continuously published literary magazine—our pages are also home to some of the most exciting new voices in American literature. Last year, authors first published in the Sewanee Review were featured in Best American Short Stories, Best American Essays, and the Best American Poetry anthologies. If you haven’t subscribed yet, you can do so here: https://thesewaneereview.com/subscriptions/subscription-levels.

Beautiful young women stretch their bodies along the cliffs to catch the sun. Their wet bathing costumes, the thimblefuls of water in their navels, begin to dry as the sun rises and warms the air. Seagulls eye their wiggling toes.

Parables of the Rat

And maybe a soul is a satellite,
a small idea orbiting a larger one, a device
to translate the signal
and send it back. The rat is still a rat.
There is no getting around what we are.

presses his ear against the thinnest wall
of his apartment. In the empty space
between, he hears a static like the sea’s.