Our staff is gearing up to trek from Tennessee to Portland, Oregon next week for the annual Association of Writers and Writing Programs' Conference and Bookfair. AWP is our chance to catch up with contributors and friends, sometimes meeting for the first time writers whose work we have published. The line-up of readings, lectures, and panels (This year's keynote speaker is Pulitzer Prize-winner Colson Whitehead) is so star-studded that it would be impossible for us to attend everything we'd like, though we will certainly try. In the meantime, we'll be camped out at the book fair. We'd love it if you came and said hello at Booth T7028 (we're neighbors with Southern Humanities Review and UGA Press). We'll have issues of the magazine (including the latest, Spring 2019), merch, and of course, editor Adam Ross and staff members Spencer Hupp and Hellen Wainaina. Here's each of them on what they're excited to hear and do at AWP this year. 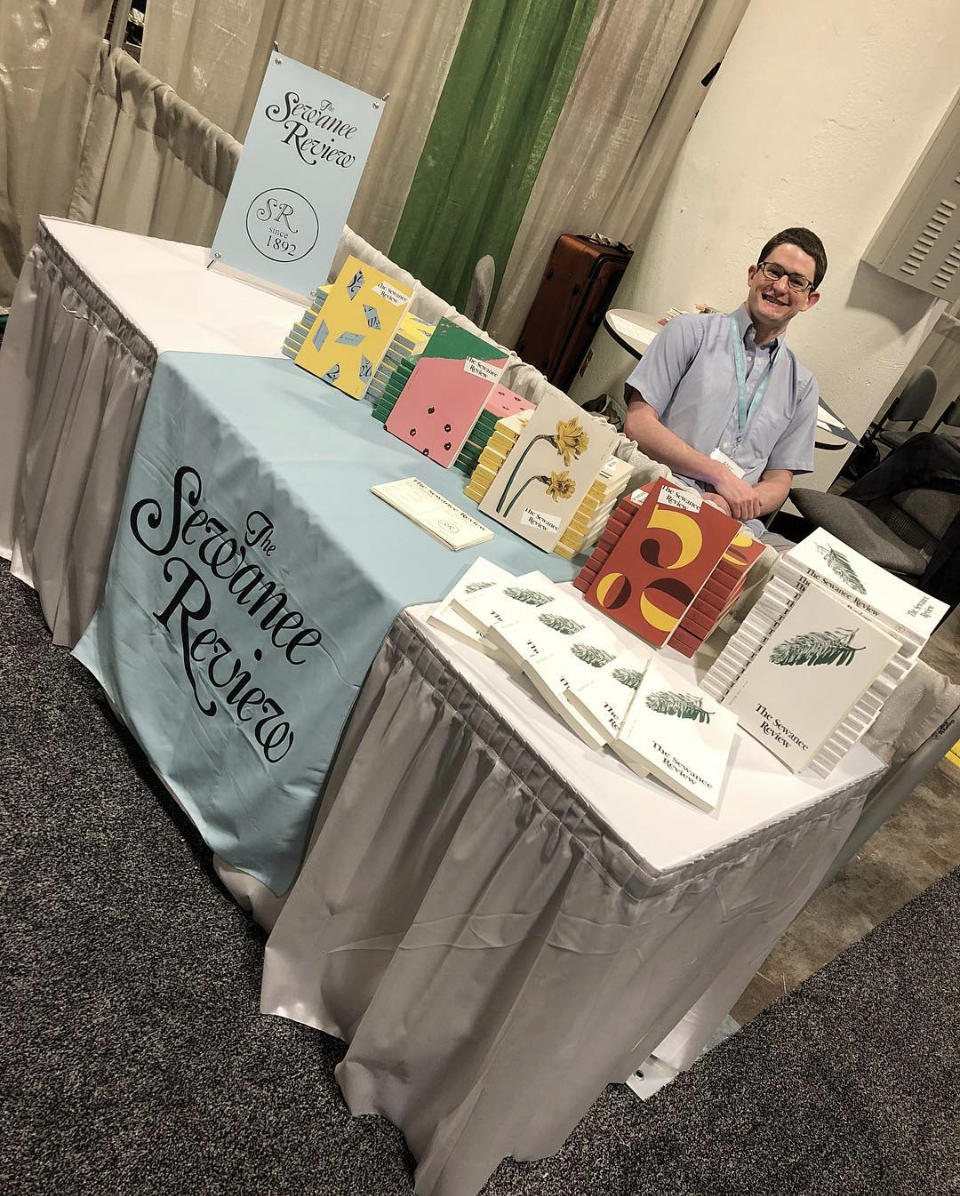 This will be my first AWP and my first time in Portland. I am looking forward to meeting some of the authors I admire—like SR contributor Melissa Febos, the poet Evie Shockley, and author Carmen Maria Machado—and to encounter new voices and their work. I'm surprised, but mostly excited, by the specificity of the panels and events (#SonnetsSoWhite?, African Diaspora Caucus, and Monsters, Marvels, and Melanin: A Discussion of Black Speculative Fiction); I hope to make the most of the conference and also take the time to see Portland.

I'm thrilled to see two of my favorite poets, Mary Szybist and Vievee Francis, in conversation on the problem of literary influence, as well as a reading by Ilya Kaminsky, whose new collection, Deaf Republic, is tremendous. I look forward to a celebration of the work of poet Garrett Hongo, who is among the contributors to SR Summer 2019; his 2011 release, Coral Road, happens to be one of the finest books I've ever read. I'm also excited to visit Portland--a city I've never been to--and see what all the fuss is about.

Last year was my first time attending AWP, and I was floored by its sheer scale, its smorgasbord of offerings, its too-muchness—which, after I recuperated, felt like not enough. Most special about the experience, and what I'm looking most forward to again this year, is meeting in person writers whom we've either published or will be publishing. Poets like Austin Leah Rosenfeld, Carl Phillips, and Emily Vizzo; or novelists such as Mark Sarvas, Sarah Gerard, and Garth Greenwell. Plus it's Justin Taylor's hometown and he's promised to take me to all the cool parties. What more could you ask for?

We'd love for you stop by and see us.

What was it about these places that drew people to them? That drew me to them? Armchair travel, sure. But, also, something more. These places swallowed people up. I wanted to visit them all. Instead, I did the next best thing: I added and added to the list.

Mosul once held all communities, all minorities. Our city of peace. The Mother of Two Springs. Ninewa. Mosul. So many names. When Daesh held Mosul, the bombings were constant. We went underground, but the birds I kept couldn’t go anywhere. I had Chinese chickens, cockatiels, lovebirds, pigeons, finches. Before Daesh, I had fifty-eight lovebirds.

That very morning she’d thought to herself, I should write down my name and address on a piece of paper and put it in my purse, I should carry some identification. She always said that as soon as she broke out her new date book she’d fill out the page marked Personal Information, but it was March already and she’d totally forgotten to do it.