The Sewanee Review was thrilled to have work from its 2017 volume recognized in two prominent annual anthologies, Best American Short Stories and Best American Essays. These publications nominate a distinguished writer in the respective genre to select twenty of the best pieces of fiction and nonfiction published by literary magazines nationwide. Best American Short Stories was selected by novelist and essayist Roxane Gay, while the Best American Essays were chosen by Pulitzer Prize-winner Hilton Als. One story to make the 2018 cut was “Boys Go to Jupiter” by Danielle Evans (Sewanee’s 2016 Haines lecturer), originally published in the Review‘s milestone 500th issue. Four other stories were honored as “Distinguished Stories,” “Ava Gardner Goes Home” by Erin McGraw, “Goombahs” by Ben Eisman, “So Far” by Sewanee Writers Conference attendees Charlotte Pence and Adam Prince, and “The Old Masters” by Alexander Maksik), as well as two “Notable Essays,” “Quitters” by the New Yorker’s Nick Paumgarten and “Engrams, California” by Sweetbitter author Stephanie Danler, who has an essay forthcoming in Winter 2019. 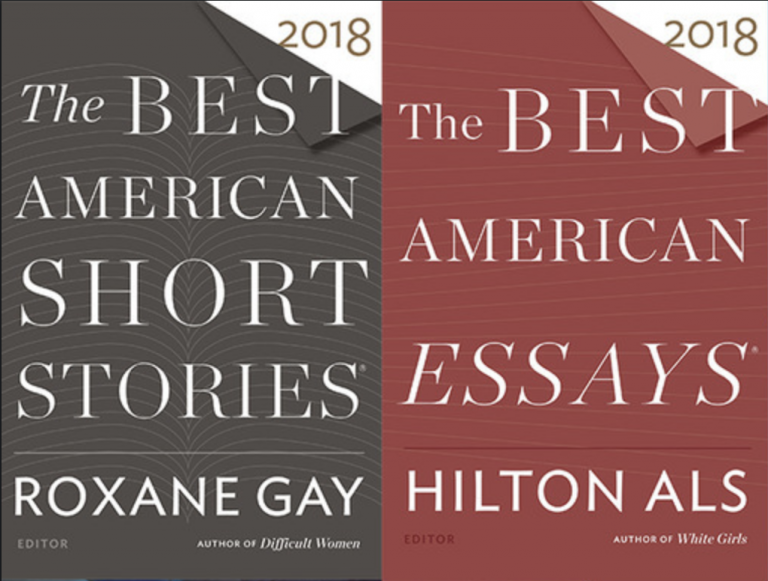 October brought the publication of the Review’s last issue of 2018. The fall issue includes work by two Pulitzer Prize-winners, Michael Cunningham and Sharon Olds, as well as an excerpt from John Wray’s newly-released novel, Godsend, which has received praise from the New York Times‘ Dwight Garner and the New Yorker. Also gracing the issue’s pages is the first color photography in the 126 year-old history of the Review by nationally recognized photographer Stacy Kranitz, fiction by Ann Beattie, poetry by William Brewer, and much more.

The taxi took the curves of the unmarked army road over the mountain, muffler rattling. Hayes rolled down her window. The air was heavy with fragrance, something like wild dill, yellow and blooming by the road, bright against the scrub and dry brush. She looked down at an expanse of clouds that she knew was hiding a deep blue stretch of ocean.

They do their work, and they are strong enough.
They pluck all morning, and all afternoon,
Prizing from thorns a blizzard of soft stuff
That brings them bread until the hunter’s moon
Calls them away from homes they’ve held on loan,
And days in fields of light they didn’t own.

Her first high yelp was thin and clear as the air itself, its tenuous and diminishing echoes sounding out the coves and hollows, trebling to a high ring like the last fading note of a chime glass.