For our Stanzas web feature, we ask writers to introduce us to their favorite poets by way of a handful of lines. This week, Austen Leah Rose, whose poem “Migration” appears in our Spring 2020 issue, examines a stanza from Charles Simic's “Paradise Motel"

With many of us now living through the coronavirus pandemic from the vantage point of our own rooms, eyes open in astonishment, exiled from the places and people that we love, I keep hearing the speaker of Charles Simic’s “Paradise Motel”: 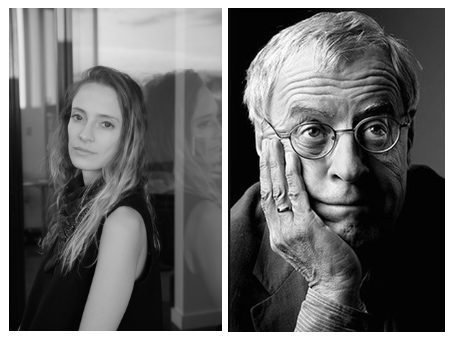 Millions were dead; everybody was innocent.

I stayed in my room. The President

Spoke of war as of a magic love potion.

My eyes were opened in astonishment.

In a mirror my face appeared to me

Each line in the opening stanza resembles a stage of grief. First, the tragic event: “Millions were dead; everybody was innocent.” It’s a newspaper headline, vertiginous, a matter-of-fact description of genocide in six words. The power of the stanza is in the simplicity of its syntax. The multisyllabic “millions” and “everybody” empty out into the next line’s thudding, monosyllabic “I stayed in my room.” We hear the door shut. One person. One room. This, too, is where history happens.

Next the “President” offers a misguided attempt at remedy or recrimination. Then disbelief. A lonely confrontation with a fractured psyche. The speaker’s face appears to him as a “twice-canceled postage stamp,” an image of self-estrangement that may speak to Simic’s own childhood. During World War II, his hometown of Belgrade was bombed by first German and then American forces; his family moved to Paris, then Chicago, making him twice an exile.

Here, like in many of his poems, the surreal, end-stopped images rise out of the dark without the scaffolding of logic. It’s like the scene in A Wizard of Oz when the tornado strikes and Dorothy hits her head on a windowpane and we’re not sure if what follows is a dream or a dreamlike reality.

I think about that title, “Paradise Motel,” whenever I park near our apartment in Los Angeles. Across the street, in a strange echo, a pink neon sign reads PARADISE MOTEL; I imagine the rooms as dark, sealed off from sunshine, the motel a place untouched by tragedy.

Austen Leah Rose is a PhD student at the University of Southern California. Her poems have appeared in Salmagundi, Zyzzyva, the Southern Review, AGNI, Indiana Review, Narrative, and elsewhere. She was the 2018 winner of the Walter Sullivan Award from the Sewanee Review.

The spotting tower rises
like a sundial in a plain
of punctured buses
we pretend are houses.
In an hour or so, a gunship
will come on station
circling. The crews
rise skyward in a reek
of gun oil they no longer smell
on themselves.

Mark’s wife kept a lot of wine around the house, bottles with cutesy names she found so funny, Cupcake Chardonnay and Cardinal Zin, Don’t Talk Back Malbec and Life’s a Cabernet, wine that he’d drank in excess since last Tuesday, a glass, usually, maybe two, became three, maybe six.

A rusted-out Alfa Romeo, stranded in a grove of cherry trees; a one-armed, amnesiac veteran, estranged from his aristocratic family while living in their home; unshakable visions of an unnamed woman, her face hidden as though from the glow of a crescent moon emblazoned on her forehead—these images would be memorable even in a conventional novel. But place them in post-revolutionary Tehran, then filter them through a psyche that has literally split itself in two, and you get the first chapter of Shahriar Mandanipour’s Moon Brow, the most eye-opening novel I’ve read this year.